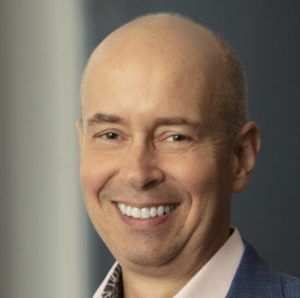 Canopy Growth’s chief executive earned 1,042 times more than the median compensation for the cannabis producer’s other employees in fiscal 2020.

The partial-year compensation for CEO David Klein was about $33.8 million (CA$45 million), including salary, bonus, stock options and other compensation, the Smiths Falls, Ontario-based company disclosed in its proxy statement released after the fiscal year ended March 31.

That likely puts Klein – who began his job in mid-January – among the top CEO earners in Canada across all industries.

It also makes him the highest-paid cannabis CEO for a single fiscal year of compensation in Canada, edging out Tilray CEO Brendan Kennedy’s 2018 total compensation of CA$42.6 million.

Klein’s disclosed compensation also reflects a salary and bonus that cover only the portion of the fiscal year he was CEO – roughly 2½ months – between mid-January and March.

Canopy’s median employee earned CA$43,000 – or slightly more than the company’s planned contribution to Klein’s retirement plan, per his disclosed offer of full-time employment with the U.S. Securities and Exchange Commission.

David Macdonald, senior economist at the Canadian Centre for Policy Alternatives in Ottawa, said Klein’s compensation is quite high, “even within the rarified world of CEOs in Canada.”

“In that sense, it exemplifies the issue with CEO pay, which is that the exposition in CEO pay is due to the bonus side, not the salary side per se,” Macdonald said.

“And while the bonuses are hypothetically connected to stock price, in the real world, they have little relation to the stock price.”

“The Cannabis industry is heavily regulated industry. It’s in growth mode. It’s also under the spotlight. That dynamic requires a mix of strategy and creativity from its leadership and people with that skill set mix deserve to be paid very well,” Sinclair wrote in an email to Marijuana Business Daily, adding that “David’s (compensation) is very closely aligned with shareholders’ interests.”

“Both the board and our executive team look at compensation very carefully to ensure we’re attracting and retaining the best talent, this applies to all positions including the CEO job.”

Sinclair said Canopy has not asked any workers to accept reduced pay during the COVID-19 crisis, “and our retail and ops teams received an increase in pay to acknowledge the fact that it took extra dedication to come into work at the height of the pandemic.”

Klein has a big job ahead of him.

Klein moved decisively after taking the helm at Canopy in mid-January, announcing a new vision for the company, closing some facilities and eliminating more than 800 jobs.

Canopy is paying Klein significantly more than his predecessors in terms of salary and total compensation.

Klein’s total compensation is about four times higher than former CEO Bruce Linton’s in 2019 (CA$9.3 million) – the same year he was fired.

That is higher than Canopy’s stated employee compensation of CA$41 million as of June 30, according to the latest financial statement. The company reported revenue of CA$110.4 million for the quarter ended June 30 on a loss of CA$128 million.

How the ‘CEO world works’

“Canopy’s stock in 2020 has been relatively flat with coronavirus and down substantially from where it stood in 2018 and 2019, so you might conclude from that that executives are paid less,” Macdonald said. “But they really aren’t, as with other companies.”

“This is the way the CEO world works. It’s disconnected from regular workers and the company.”

Norton Singhavon, founder and CEO of GTEC Cannabis in Vancouver, British Columbia, noted that many Canadian cannabis companies have not delivered for their investors in recent years, resulting in significant losses.

“Accordingly, I do not see any reasonable justification at this stage for multimillion-dollar salaries within the sector,” he said.

Guns or marijuana, but not both – Cannabis Business Executive