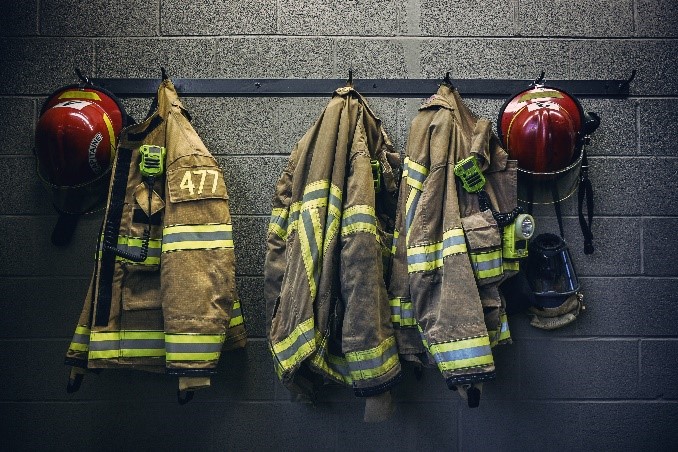 A New York firefighter who was fired for legally using medical marijuana is suing the City of Buffalo to get his job back.

Scott Martin, a 37-year-old firefighter and military veteran, was fired from the Buffalo Fire Department in February after he tested positive for THC on a drug test. Martin’s cannabis use is completely legal under state law, though – he is a state-certified medical marijuana patient who has been using cannabis to treat chronic back pain and PTSD.

The firefighter initially tested positive for cannabis metabolites during a random drug test last December. Officials suspended him without pay and forced him to enter a substance abuse treatment program. Martin agreed to the terms, but continued to use medical pot, which caused him to fail another drug test this February. At this point, the fire department terminated his employment, based on the rules of his union’s collective bargaining agreement.

This collective bargaining agreement actually dates back to 1984, though, and hasn’t been updated since 2011 – three years before New York legalized medical marijuana. Martin’s attorney, David C. Holland, believes that the firefighter’s medical conditions qualify as disabilities under state law. Since it is illegal for employers to discriminate against employees with disabilities, Holland is arguing that the fire department is guilty of workplace discrimination.

“He’s been terminated wrongfully because the collective bargaining agreement hasn’t been updated,” Holland told The Buffalo News. “They are seven years behind.”

Holland is now suing the City of Buffalo and the Buffalo Fire Department on Martin’s behalf, demanding that he be reinstated to his former position, rank, and seniority. The lawsuit also asks the department to issue back pay for the months that he has been unemployed.

In his 12-year stint with the fire department, Martin suffered multiple injuries from falls and debris, causing chronic back pain. Doctors initially prescribed highly addictive opioids like OxyContin and Tramadol to treat his injuries, but the firefighter didn’t like being under the influence of these pharmaceuticals. “It made me feel like I was tweaking out all the time,” he told The Buffalo News.

Eventually, Martin found a doctor who recommended medical marijuana to treat his symptoms. Like many other people suffering from chronic pain, Martin was eventually able to replace his opioid use with medical marijuana. The firefighter also said that medical pot has helped treat PTSD symptoms that he has been experiencing since his military service.

Martin believes that the city’s outdated policies and the continuing negative stigma against cannabis contributed to his termination. “People think you have to do it all the time,” he said to The Buffalo News. “You don’t. I do it before I go to bed. It metabolizes and then I’m not high from it. I don’t need to be high when I’m at work. I’m focused when I’m at work.”

Even though medical cannabis is now legal throughout most of the country, most states still allow businesses to discriminate against employees who legally use this medicine. Florida schools have notoriously been firing hardworking employees for using legal cannabis, and a Texas school even fired an employee for posting a CBD meme.

New Jersey, Oklahoma, and Washington DC have banned employers from firing people for using medical pot, though, and lawmakers in other states are working to adopt similar legislation.

Researchers to Study How Psilocybin Can Help Healthcare Workers Recover From...

Maine Netted More Than $5 Million Worth of Adult-Use Weed Last...